The following are opinions, arguments, and anecdotes from on-line American ex-pats in Mexico about the latest USSD Travel Warning for Mexico. 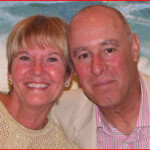 For more than a dozen years more than five major US Motor Coach Tour Companies travel the Mexican Copper Canyon route every week with around 40 older/retiree passengers per coach. They travel through Nogales to San Carlos, then through the Copper Canyon, then up through Chihuahua and Juarez. There is even one company that travels exclusively from El Paso/Juarez to the Canyon and back; the areas covered by news reports. That’s over 7000 tourists per year. In all those years, including 2009, there has not been one incidence of drug-related violence against any of them.

Mexico, which suffered an especially violent year in 2008, recorded a murder rate of about 10 per 100,000 inhabitants. Life is, statistically, far more dangerous north of the border.

From Douglas Anthony Cooper’s article for the Huffington Post (http://www.huffingtonpost.ca/douglas-anthony-cooper/canada-attack-resort_b_1232486.html?just_reloaded=1)

Cooper, who lives in Mexico, shares his observations about living in “dangerous, murderous” Mexico.

. . . People ask me, regularly, how they can travel safely to Mexico. Here I have impeccable advice: follow this, and you’re pretty much guaranteed to keep your head. Taking notes? Good.

Do not, under any circumstances, take a job with a major drug cartel. Just say no. You do not want to be a hit man, or a mule, or even middle management — that’s how people get killed.

I mean it: that is how people get killed. Sunbathing, on the other hand, is oddly uneventful. Yes, there are a few places in Mexico that I would avoid, . . . Most border towns are not the destination of choice, except I suppose when brothel-hopping, in which case I’m told a soupçon of danger is bracing (and well-deserved).

. . . The San Francisco Chronicle has a useful list of places to avoid — mostly areas on the American border, and south along the Pacific Coast to the state of Guerrero. The Washington Post has another useful list: they add to this the entire state of Veracruz (which is very sad — it’s lovely). These two guides will steer you clear of all the places you have been reading about, including the very few resort towns that have become dangerous: Mazatlán, for instance, and Acapulco.

Again, however, this is a tiny part of Mexico. “Of 2,500 municipalities (what we call counties), only 80, or fewer than five per cent, have been affected by the drug war.”

Mexico’s homicide rate as a nation isn’t even world-class. The country is in fact something of a sissy relative to the thugs in the neighborhood. Before avoiding Mexico, cross the following nations off your list: Honduras, El Salvador, Saint Kitts and Nevis, Venezuela, Jamaica, Belize, Guatemala, Bahamas, Columbia, South Africa, Trinidad and Tobago, Brazil… ah, but I’m boring you. I shouldn’t be: All of these countries — and this is only half the list — are murderfests relative to Mexico. Some of these places are worse than Miami.

. . . You know how Los Angeles doesn’t have a whole lot in common with an Amish community in Pennsylvania? Well, multiply that difference a thousand-fold when comparing Ciudad Juarez (a genuinely dangerous place) to a Maya village in the state of Yucatán. In fact, you are quite a bit safer in this state — which includes the ruins of Chichen Itza and Uxmal — than you are in Canada. The national homicide rate in Canada is 1.85 victims per 100,000. Sorry, kids, but that’s a war zone relative to Yucatán: .5 in 100,000.

. . . The truth is that most of Canada is almost as safe as Yucatán.

Ron is the consummate professional and an incredible resource to have for all-things-Tulum and the surrounding areas.  Ron’s in-depth knowledge of, and caring ways for, this magnificent region of Mexico is second-to-none.  If you’re seeking vacation or travel advice for things such as lodging/hospitality/spa’s, restaurants, shopping, beaches, sports/fitness, adventure day-trips to the nearby ruins/fishing/boating/diving/snorkeling/cenotes/zip-lining, 4-wheeling, etc., or need more in-dep… END_OF_DOCUMENT_TOKEN_TO_BE_REPLACED

Ron Burdine made this whole move from Philadelphia possible..their knowledge and organization skills (that I don’t have) helped me create order out of my chaos..there are a million details that are just too much for one person to put in order. At least this one person. We followed Ron’s suggestions and had the secure feeling that we were ready for anything, and we were.. we had insurance, directions, hints, tips and suggestions..we have been here (Isla Mujeres) for 6 weeks and Ron is still o… END_OF_DOCUMENT_TOKEN_TO_BE_REPLACED