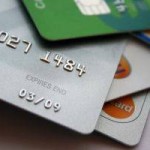 In case your not aware, the newest way for thieves to get your money is to simply stand behind you and point a scanner at your wallet.  In fact, at the Defcon hacker conference in Las Vegas earlier this year, an Android software app called NFCProxy was introduced that can read data from contactless credit cards.

In fact, they tested the app right on stage by using a Nexus S phone to read the hosts own contactless Visa card onstage, which was in his wallet, inside his pocket.  The presenter then used the phone to relay the data a moment later to a point-of-sale device, where it was accepted as a payment.   In a matter of minutes, he was able to steel his own credit card information and make a purchase.

More than 100 million contactless credit cards are currently in circulation.  Brands like PayPass, Zip, payWave, and ExpressPay by Visa, MasterCard, Discover and American Express, are susceptible.   So combining vulnerable credit cards with cell phone technology that can scan those credit cards, pick pocketing has never been easier.

The good news is that a wallet with a piece of metal that blocks your credit cards stops the scanners from working.  There are several companies on the market today offering hack proof wallets such as Identity Stronghold or Magellan’s.   If your really handy, you can make your own hack proof wallet!

Ron is the consummate professional and an incredible resource to have for all-things-Tulum and the surrounding areas.  Ron’s in-depth knowledge of, and caring ways for, this magnificent region of Mexico is second-to-none.  If you’re seeking vacation or travel advice for things such as lodging/hospitality/spa’s, restaurants, shopping, beaches, sports/fitness, adventure day-trips to the nearby ruins/fishing/boating/diving/snorkeling/cenotes/zip-lining, 4-wheeling, etc., or need more in-dep… END_OF_DOCUMENT_TOKEN_TO_BE_REPLACED

Ron Burdine made this whole move from Philadelphia possible..their knowledge and organization skills (that I don’t have) helped me create order out of my chaos..there are a million details that are just too much for one person to put in order. At least this one person. We followed Ron’s suggestions and had the secure feeling that we were ready for anything, and we were.. we had insurance, directions, hints, tips and suggestions..we have been here (Isla Mujeres) for 6 weeks and Ron is still o… END_OF_DOCUMENT_TOKEN_TO_BE_REPLACED