We do not give out specific tax advice but we do recommend using a tax accountant familiar with international tax laws. 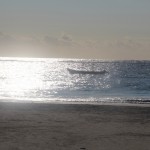 As a U.S. expatriate, you are responsible for filing your U.S. taxes even if you have a $0.00 filing.  This holds true if you are a retired expatriate as well.

As long as your income is more than the minimum threshold (starting at $11,200 for those single and over 65), you will be required to file a tax return. The reason for this is the U.S. taxes it’s citizens based on citizenship, not residency.  Many other country’s governments tax individuals and corporations on income. This difference in taxing practice has the potential for double taxation (where the same income is taxed by different countries) and no taxation (where income is not taxed by any country).

Therefore, even if you reside abroad 330 days or more a year or have dual citizenship, you will be taxed on your worldwide income and need to file taxes.

However, a lot of expatriates are able to file a $0.00 filing to the IRS thanks to some big exclusions and credits which are available for expatriates. Although you need to report your worldwide income to the U.S. each year, you can exclude $96,300.00 (2013) of that foreign earned income. This helps alleviate having to pay tax on the same income in two countries and being double taxed.

Note: If you have bank accounts in Mexico over $10,000, you have to file the FBAR (Form TD-F 90-22.1) and over $50,000, the form 8938 reporting your foreign bank accounts and corporations.  You also have to report any interest earned on foreign accounts.

The following information is contributed by our international tax accountant, Taxes in Mexico:

The IRS will begin accepting electronic filing January 31.  The regular filing or extension deadline is, as usual, April 15th, 2014.  There is the automatic extension for expats until June 15th, but if you owe any money, then a ‘formal’ extension (Form 4868) must be filed by April 15th, along with the estimated amount of money that you think you owe.  Failure-to-file penalties will not start for expats until June 15th, but interest penalties will start April 15th if you owe money.

Anyone with a partnership, trust, or corporate return, these returns are due March 17th, 2014, unless you file for an extension appropriate to those entities. There are penalties for not having filed, or filed an extension, based on “per member per month”, (since these entities often don’t owe tax) so it is very important not to overlook these filings as well.

A regular personal extension, filed by either April 15th or June 15th, will give you until October 15th to complete your tax return.  You must have paid within 10% of the final amount due for the extension to be valid.  If not, it is just as though you never filed an extension, and failure-to-file (5% per month) and failure-to-pay penalties will start April 15th.

FBAR reports are due June 30th.  Again, if you get an extension out to October, you don’t want to be “late” for the filing of the FBAR, due in June.  FBARs are now required to be e-filed, a change from the past.  There continues to be more and more scrutiny than ever on foreign financial accounts.  Also, remember that the income from these accounts must be included in your regular 1040 return (you will get tax credits for amounts paid to other governments).  In Mexico, you should ask your institution for a “constancia”, which will show the amount of earnings and the taxes withheld.

The IRS/Treasury has signed agreements with over 50 countries to share information on American account holders in their country.  The agreement with Mexico was signed November, 2012.  Recently, Switzerland has been kicking Americans out of their banking system altogether, so at least Mexico has not come to that.  We cannot emphasize enough, it does not pay to be non-compliant!

Ron is the consummate professional and an incredible resource to have for all-things-Tulum and the surrounding areas.  Ron’s in-depth knowledge of, and caring ways for, this magnificent region of Mexico is second-to-none.  If you’re seeking vacation or travel advice for things such as lodging/hospitality/spa’s, restaurants, shopping, beaches, sports/fitness, adventure day-trips to the nearby ruins/fishing/boating/diving/snorkeling/cenotes/zip-lining, 4-wheeling, etc., or need more in-dep… END_OF_DOCUMENT_TOKEN_TO_BE_REPLACED

Ron Burdine made this whole move from Philadelphia possible..their knowledge and organization skills (that I don’t have) helped me create order out of my chaos..there are a million details that are just too much for one person to put in order. At least this one person. We followed Ron’s suggestions and had the secure feeling that we were ready for anything, and we were.. we had insurance, directions, hints, tips and suggestions..we have been here (Isla Mujeres) for 6 weeks and Ron is still o… END_OF_DOCUMENT_TOKEN_TO_BE_REPLACED