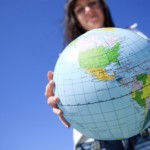 Who Is Considered An Expat?

Calling yourself an expat does not necessarily mean you renounce or reject your home country.   An expatriate is any person living in a different country from where they were born as a citizen.   Recently, the term “expat” is often used in the context of professionals working abroad such as oil workers, missionaries and retirees living abroad.

A stamped passport would verify your time outside the U.S. whether or not you own a home in your new country.

The US does tax citizens on income earned abroad, as evident in the listing of international taxation.  International taxation is the determination of tax on a person  subject to the tax laws of that country’s laws even when those citizens are taxed by their countries of residence.

However, as stated above, US citizens are allowed to exclude their first $97,600.

Additionally, a 2010 US law known as FATCA requires expatriates to report any foreign bank accounts exceeding $50,000, with heavy fines for noncompliance.

We recommend getting a tax accountant that is familiar with international tax laws.  Ask your U.S. accountant if they are comfortable continuing to handle your taxes with your move to Mexico, and if they are not, see if they can recommend one to you.  Depending upon the community you move to, you may be able to get a local referral.

Ron is the consummate professional and an incredible resource to have for all-things-Tulum and the surrounding areas.  Ron’s in-depth knowledge of, and caring ways for, this magnificent region of Mexico is second-to-none.  If you’re seeking vacation or travel advice for things such as lodging/hospitality/spa’s, restaurants, shopping, beaches, sports/fitness, adventure day-trips to the nearby ruins/fishing/boating/diving/snorkeling/cenotes/zip-lining, 4-wheeling, etc., or need more in-dep… END_OF_DOCUMENT_TOKEN_TO_BE_REPLACED

Ron Burdine made this whole move from Philadelphia possible..their knowledge and organization skills (that I don’t have) helped me create order out of my chaos..there are a million details that are just too much for one person to put in order. At least this one person. We followed Ron’s suggestions and had the secure feeling that we were ready for anything, and we were.. we had insurance, directions, hints, tips and suggestions..we have been here (Isla Mujeres) for 6 weeks and Ron is still o… END_OF_DOCUMENT_TOKEN_TO_BE_REPLACED