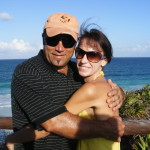 An annuity serves as guaranteed income for those who want to supplement their retirement fund while living abroad.  The advantage to an annuity is it’s guaranteed monthly income.  The disadvantage is that you will not have access to your investment in the form of “one lump sum” without penalties.  However, if the idea of having a guaranteed stream of income is attractive to you, an annuity may be the right choice.

For the purposes of this article, we are going to discuss fixed annuities as opposed to variable annuities.

Why Choose An SPA Over a CD?

Like a CD, fixed annuities are safe investments and not based on the stock market or any other changing index.

CDs are issued by banks and grow based on a stated interest rate by the issuing bank over a predetermined time frame such as three months, six months, one year or multi-year.    CDs are similar to savings accounts except that the bank intends that the CD be held until maturity (such as 5 or 10 years), at which time the money may be withdrawn together with the accrued interest.  Once the CD reaches maturity, if the money is not withdrawn, the bank will automatically roll the CD over into a new period at a rate the bank is paying currently.

Withdrawals before maturity are usually subject to a substantial penalty.  For a five-year CD, this is often the loss of six months’ interest.  The penalties are designed to keep owners from withdrawing money on demand like a savings account thus the major difference.

Cd’s do not grow tax deferred.  Each year, the bank will issue you a 1099 listing the amount of interest earned. This amount must be included on your tax return and is subject to ordinary income tax.

One of the main differences between CD’s and annuities is that fixed annuities offer tax-deferred growth of your money.  A fixed annuity grows tax deferred and there is no tax reporting of interest year by year. The tax is paid when the annuitization period starts, or when the annuity starts being drawn from, so the money grows as interest on principal, interest on interest and interest on money that would’ve been paid in taxes.

Another big difference is that fixed annuities are paid out on a monthly basis as agreed upon when setting up the annuity.   When setting up your annuity, the insurance broker will ask what your intentions are for your money such as whether you have a spouse you also want guaranteed income for, who your beneficiary will  be if you have one, ect.

What About a Poor Market?

Considering the peaks and valleys of our previous decade, market performance is a valid concern for people staring at retirement.  However, when you purchase a fixed income product, such as a SPIA or a SPDA, the monthly payment is guaranteed regardless of market performance.  The risk of the market belongs to the insurance company, not to the purchaser.  Your payment amount is tied to the amount you invest and your life expectancy, not to it’s performance.  However, when the markets do well, the insurance company benefits while your agreed upon interest rate stays the same.

Life insurance companies that issue annuities are highly regulated by the states in which the policies are issued and are generally considered to be conservative and safe.   Since most individual investors don’t have the expertise or inclination to pore over insurers’ financial statements, they rely on the ratings of firms such as  Stand and Poors or AM Best.  Look for an A or A+ rating of the insurance company issuing the annuity.

A way in which purchasers further protect their investment is by investing with 2 or 3 different annuity companies so that if one goes under, you haven’t lost all of your income.

If you are married and want to insure income for a surviving spouse, you want to choose the fixed, “joint-and-survivor” annuity.  You can also stipulate that you wish to receive income for life, but that a minimum number of payments are made.   The “life with 10 years certain” option, for example, assures that the annuity makes payments for 10 years or as long as you live, whichever is longer.  If you die three years after buying the annuity, your named survivor would receive payments another seven years.  The survivor can decide if they want the same amount each month or adjust the payment for their own life expectancy.

An annuity serves as guaranteed income for those who want to supplement their retirement fund while living abroad.  The advantage to an annuity is it’s guaranteed monthly income.  The disadvantage is that you will not have access to your investment in the form of “one lump sum” without penalties.  However, if the idea of having a guaranteed stream of income is attractive to you, an annuity may be the right choice.

Ron is the consummate professional and an incredible resource to have for all-things-Tulum and the surrounding areas.  Ron’s in-depth knowledge of, and caring ways for, this magnificent region of Mexico is second-to-none.  If you’re seeking vacation or travel advice for things such as lodging/hospitality/spa’s, restaurants, shopping, beaches, sports/fitness, adventure day-trips to the nearby ruins/fishing/boating/diving/snorkeling/cenotes/zip-lining, 4-wheeling, etc., or need more in-dep… END_OF_DOCUMENT_TOKEN_TO_BE_REPLACED

Ron Burdine made this whole move from Philadelphia possible..their knowledge and organization skills (that I don’t have) helped me create order out of my chaos..there are a million details that are just too much for one person to put in order. At least this one person. We followed Ron’s suggestions and had the secure feeling that we were ready for anything, and we were.. we had insurance, directions, hints, tips and suggestions..we have been here (Isla Mujeres) for 6 weeks and Ron is still o… END_OF_DOCUMENT_TOKEN_TO_BE_REPLACED